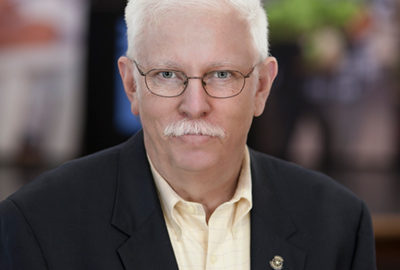 by Emily Enger
Immigration & E-verify
The picture of agriculture in the minds of mainstream America tends to be a dichotomy: either sustainable family farms with happy four-year-olds in overalls or big mechanized industries with 10-plus combines in every field, all run by computers with GPS systems. Truthfully, most farms fall in between those stereotypes. Public perception and activism have had their influence on legal policy, but what does that mean for “real” farmers: the ones caught in between stereotypes? Policy changes are on the horizon and no farmer needs to be penalized simply because he or she did not understand.
Most of America’s agriculture workforce is foreign-born. Currently, of 1.5 million seasonal agriculture workers in the U.S., the government estimates that 50 percent are “undocumented” or “falsely documented.” Frank Gasperini, executive vice president of the National Council of Agriculture Employers (NCAE), feels that the government’s number is modest and the reality is closer to 75 percent. This poses a very serious problem for farmers when most responses to their advertisements are people who, based on illegal status, cannot be hired. With the increased cry of “penalize employers” being heard in the debate on immigration reform, farmers need to be cautious. But how can you know if your employee is handing you a legal versus illegal document?
The program designed to help employers with this is a website database known as E-verify. According to its website, “E-Verify works by comparing the information employees provide on the Employment Eligibility Verification form (Form I-9) against millions of government records.” In theory, employers should be able to enter details from their employees’ I-9 forms and have the system respond with whether or not that employee is a U.S. citizen.
Intended to be an easy, free online service, E-verify instead had so many complications it was temporarily shut down. Its audit in 2008 quoted the site’s errors as finding approximately 770,000 innocent Americans and/or authorized workers as “non-confirmations” – meaning it did not recognize them in the Social Security or Homeland Security databases. Another concern of E-verify has been the infringement of personal privacy. But the government continues to be optimistic about the program, insisting it is improving.
Kerry Scott, an H-2 specialist with masLabor, doesn’t share this optimism. “They say they’ve fixed the problems,” admits a skeptical Scott. “They’re looking to re-introduce it.”
Scott calls E-verify a “trainwreck.” He has witnessed the errors in E-verify strip farmers of their agricultural workforce only to leave crops rotting in the fields. Farmers are left watching their employees flee government agents and then are penalized even though they thought their workforce was legal — had even been assured so by other branches of the government.
If E-verify is renewed without reform measures taken to protect the agricultural workforce, Scott claims 50-70 percent of the agriculture labor pool would immediately become unemployable. “It would gut the agricultural workforce,” he says.
Scott’s program is a legal way for agriculture employers to locate seasonal workers. The H-2A program is a guest worker program that is run through the United States Department of Labor (DOL). The government will locate willing workers in other countries for farmers who can prove they have a seasonal need. Homeland Security and the Department of State also take part, running background checks on the individuals before issuing them special farm-labor temporary working visas.
The H-2A program refuses to compete with the local economic downturn, though it has been criticized for hurting America’s unemployment rate. In actuality, farmers must attempt to hire American citizens by advertising in papers and online job sites before the DOL admits them into the program. Both Gasperini and Scott concur that this almost never garners enough employees. A farmer may find one or two willing locals, but an entire crew to pick in the orchards almost never comes from an American workforce. 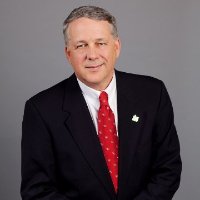 Farmers interested in using workers with H-2A visas must contact the DOL three to four months before they need workers. Scott outlines the farmer’s responsibilities per contract as: furnish up-to-code housing, pay for all workers’ visas and transportation costs, and pay workers a minimum hourly wage specified state-by-state. In return for these responsibilities, farmers receive a workforce that is legal and has been hand-picked to meet their needs. The employees come for the benefit of receiving good jobs guaranteed through the season and an income they can send home that is above what their opportunities may have previously been.
Gasperini does not see the H-2A program as all sweet smelling roses, however. The NCAE has put together a brochure outlining and graphing the complaints their members have, including: Farmers not receiving their workforce in time, heightened investigations by the DOL, workers leaving the farm mid-season, and much bureaucratic confusion.
The program is also expensive. Farmers total cost of visa and transportation is roughly $600/employee plus a $3-4,000 flat contract fee for the H-2A agent. And these costs are in addition to the farmers’ responsibilities of lodging and hourly wage, which most states have slated quite high — typically well above minimum wage. These costs are only if the program runs smoothly. Delays in transportation can add costs and confusing regulations have forced some farmers to add the expense of a lawyer to that ever-increasing tab. “If we’re going to have a program like this,” Gasperini points out, “manage it so it works.”
Despite criticisms, H-2A remains the only legal, highly regulated way to hire immigrant farm workers and carries with it a high degree of certainty that E-verify cannot offer. Gasperini agrees with Scott’s negative take on E-verify and is equally concerned about immigration reform. “The past few years,” he says, “the traditional migrant force has declined.” Even if a farmer wanted to use E-verify, the typical workforce response to his advertisements is declining. Gasperini posits that the decline is due to the migrant population aging, stricture state laws on immigration, and Mexico’s economy improving.
President Obama has cited immigration as one of the top concerns of his new presidency. In an interview on NBC’s “Meet the Press,” he labeled it “top priority.” Just what that will look like is still uncertain.
“I don’t think you’re going to see amnesty,” guesses Scott. “There was too much public outcry against that last time. The president says he wants ‘comprehensive’ reform.” And despite other disagreements with the president’s policies, Scott does say, “He and I agree on that.” When it comes to immigration reform, Scott is adamant that the government act and not continue to skate around the issue. “It was [President] Reagan who last did something about this,” he says. “But [even that] wasn’t a complete package.”
Gasperini has some ideas for what immigration reform could look like, at least from an agricultural workforce standpoint. He is involved in a group called the Agriculture Workforce Coalition which has outlined a proposed reform that would require guest workers to maintain an obligation to work a set number of days per year in agriculture, eventually obtaining permanent legal status and the right to work in whatever industry they choose. The response to that idea remains to be seen.
Despite frustrations with the system, Scott is confident and optimistic that something will be done. “There will be these discussions” in Congress, he says.