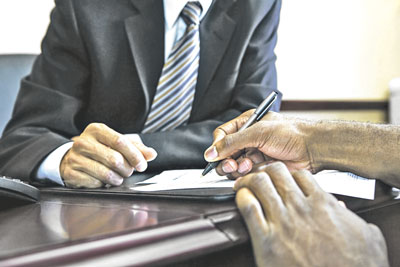 Alternative energy projects are popping up across the country, often the result of a power company approaching a landowner to obtain land for solar or wind projects.

Shannon Ferrell, Department of Agricultural Economics at Oklahoma State University, has studied the topic extensively and has tips for landowners who are considering such projects.

One of the first points to clarify in an agreement is whether the arrangement will be an easement or a lease. “An easement is the right to make some sort of limited use of someone else’s land,” said Ferrell, “but I don’t have the right to go onto their land and completely possess it. One party cannot decide it wants out of the easement – usually it has to be mutual among the parties or there has to have been some sort of breach to the easement – an abuse that causes the easement to end.”

Land acquired through a lease involves different rules. “A lease is a right to completely possess the land of someone else for a defined period of time,” said Ferrell. “Developers get complete possession and the complete right to control what happens on that piece of property as long as they have the lease.”

If the landowner sells his property when a lease is in place, the purchaser usually takes the land subject to the lease. “They step into the shoes of the landowner,” said Ferrell. “That’s much easier to do if the lease has been recorded in county land records.”

Ferrell said the developer’s preference is usually to have sole occupancy and use through a lease. The developer can control when they go onto the land and who goes on the land. No notice is required when entering the land, and the lease can restrict others from the land.

The landowner should be aware of how their property will be affected throughout the project. The most intensive phase of the project is construction, with vehicular traffic and many people involved. After completion, the project is easy to maintain, but must still have road access for maintenance.

Ferrell said the developer and landowner likely have two opposite goals, and those details should be worked out. The developer wants to maximize use of land that’s under their direct control to allow greater siting flexibility, along with setbacks to protect their investment from potential damage from obstructions, debris and particulate from crop spray adjacent to the panels.

“If you’re the landowner, you want the exact opposite,” said Ferrell. “You want to minimize the amount of land the developer is controlling and maximize how much you can retain for your agriculture operations. Even if some land can be used for your operation, the developer might say they want complete control.” Ferrell recommends the landowner ensure the lease agreement defines as closely as possible which areas are under developer control and maximize the area still under the landowner’s control.

Another consideration is length of the agreement. Solar leases are usually established for 20 to 30 years. “Many project developers are selling power to the utility under a power purchase agreement (PPA),” said Ferrell. “The PPA is good for the developer in that it guarantees a marketplace and a purchaser for that power.” The utility knows it has access to power at a set price, and if there is a PPA in place between the developer and a utility, the lease must have the same duration as the PPA.

Ferrell said the primary consideration regarding landowner obligation is indemnification, which means the landowner will defend the other party for something that happens on the property. “If someone comes onto the property that you’ve invited and they damage some of the solar equipment, you agree under the indemnification clause that you will pay the developer for the damage to equipment,” he said. 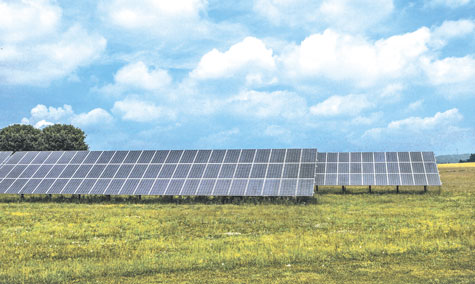 If USDA programs such as CRP, EQIP or WHIP are in place, make sure the agreement is in compliance. Ferrell said most programs have provisions to make use of land under contract for renewable energy projects, but at worst, the land will be released from the USDA contract. However, if landowners sign up land for renewable projects on program acreage without asking permission in advance, they may be found to be deliberately in breach of the contract, which could result in forfeiting payments already received or being required to return payments already received.

Ferrell emphasized the importance of a subordination clause in the contract. This addresses the developer’s concern that no one else with an interest in the property interferes with them having access to it. “If you have a mortgage on the property and the bank has to foreclose, the developer wants to make sure the foreclosure does not kick them off the property,” said Ferrell. “They may try to subordinate that mortgage – they’re asking that anyone else who has a claim to the land agrees that when they have a right to the property, they won’t use that right to kick us [the developer] off.”

When entering a solar development agreement, the landowner should determine whether they retain the ability to sell, mortgage or gain access to the equity in that property. “Make sure there is no language in the agreement that would preclude you from doing that,” said Ferrell. “Don’t agree to a subordination agreement if you don’t feel comfortable with it.”

Payment should be clearly defined, and the landowner must keep in mind that they’re losing the use of the property for the duration of the lease. Define the basis for payments – how will any roads be measured (length and width), how many easements, and how will easements be stacked, such as overhead wires being buried at the same time the access road is put in? What is the base payment, and what is it based on – acreage, capacity, royalty or a combination? Make sure acreage is clearly defined – the acreage of the field described in the lease, or the acreage under panels? How are “start date” and “end date” defined?

Other clarifications should include whether payment is per installation or per megawatt, and is payment based on net revenue or gross revenue? “The biggest issue in renewable projects and gross revenues is whether environmental attributes are included in that number,” said Ferrell, adding that the term is also referred to as a green tag or renewable energy credit. “If you get any sort of environmental credit from the generation of power from a renewable source, some leases will include that in the calculation of gross revenues – some will not.” Ferrell added that including those payments can mean higher payment to the landowner, so it’s important to understand what is and is not included in the definition.

Landowners are tempted to sign over the use of acreage for renewable energy projects when developers offer thousands of dollars up front and more money over a period of years. Being aware of all aspects of the project, hiring an attorney and making sure all questions are answered will help the landowner make the most prudent decision.