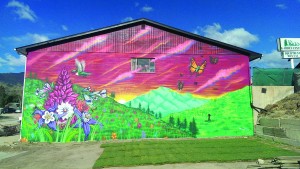 by Emily Enger
One of the biggest obstacles for a business is the initial task of getting people in the door. Getting one’s name out there requires extensive advertising and marketing, and it can be difficult to tell which campaigns are working and which ones are not.
Mike Estes, owner of Rick’s Garden Center in Colorado Springs, CO, wanted a way to determine what was bringing customers into his shop, and a reasonably priced way to do it. “I really wanted the tangible feedback,” said Estes. “We spend so much money on advertising, you really like to know it’s working.”
So he got creative.

Coupons
It started with simple coupons for customers to clip, offering an assortment of deals. Determining which offers were the most successful was a work in progress. “We get thousands of coupons back each year,” said Estes. “We save the coupons and sort them, trying to determine which offers work and which don’t.”
Companies can publish coupons on their website for customers to find. Also, most newspapers, magazines and local business websites allow for advertisements to be in the form of coupons.
Changes in technology have altered how the coupons are used. The old term “coupon clipper” doesn’t necessarily describe bargain shoppers anymore, since they don’t necessarily cut them. “People come in with their smart phones,” Estes said. “And pull up their coupon on that.”
There are some sacrifices to this method, of course. Estes explained, “Offering coupons means we give away thousands of dollars, too, but I prefer it because I know it’s working.”
Classes
With big box stores encroaching on the garden center market, Rick’s Garden Center has taken to branding itself as the place for professional advice. “We always gear everything toward, ‘This is where you’re going to get your answers,’” said Estes.
They prove that by offering educational classes. “Right now, we’re only doing classes each Saturday in February, but we’re looking to increase that.”
Beyond just another marketing strategy, the classes have also become a way for Rick’s to extend their season.
One key to a good class? “Good speakers,” said Estes. “I think it’s helpful to find manufacturer reps or local extension agents to bring in.”
There is some competition in this. In a big place like Colorado Springs, Rick’s Garden Center is not the only place offering gardening classes. To get an edge on the competition, Rick’s offers their classes for free.
“If you can even get just a couple customers from these talks to come in later, it’s worth it,” assured Estes. “Maybe they like your place and they become a customer who shops with you for 10-15 years or they enjoy your store and tell others. You just have to think more long term.”
And the free classes have definitely paid off for Rick’s. What started as a handful of attendees has expanded to 60 or 70 people in each class, with standing room only.
Rick’s also offers classes once a week for garden therapy. Currently they work with the Wounded Warrior Project. “That’s been fun and you can tell everyone appreciates it. I think this has the potential to become really large for us.”
Branding themselves as the place to get answers has opened up opportunity to provide those answers at other venues. Estes and his staff have been invited as guest speakers at garden clubs and other events in the area. “When places ask for a speaker, we virtually never say ‘no.’ Whatever we can do just to get our name out there.”
Creative Art
Estes’ wife, Gail, came up with their most creative marketing idea yet. She asked a local tattoo artist to paint a mural on the side of the big barn. He drew a giant mountain scene, similar to Pike’s Peak, with spray cans.
“Talk about a good idea!” said Estes. “It’s not free advertising — we paid the artist to draw it — but it’s a one-time payment that’s going to be there for years with only minor touchups for maintenance. About 20,000 cars a day go by our place and now we’ve drawn those eyes to us.”
And it’s definitely been noticed. The feedback Estes always seeks has come in. “We’ve had several people stop by and say, ‘Wow, we saw your mural, then saw the plant material and had to stop in and see what’s going on.’”
Advice
When brainstorming ideas for creative marketing, one should think long term, and not in the sense of immediate capital. Be willing to try new things and adjust if it doesn’t work. “It’s all about getting your name out there, reminding people you are here,” Estes said. “There’s so many different avenues you can take to reach people!”