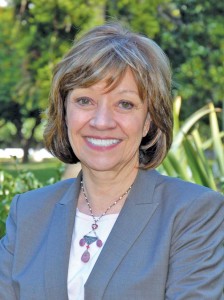 The drought is tightening its grip on California agriculture, squeezing about 30 percent more workers and cropland out of production than in 2014, according to the latest drought impact report by the UC Davis Center for Watershed Sciences.
In 2015, the state’s agricultural economy directly will lose about $1.84 billion and 10,100 jobs because of the drought, the report estimated, with the Central Valley hardest hit. The analysis also forecasts how the industry will fare if the drought persists through 2017.
‘Not a free lunch’
Currently, the industry overall remains robust. The agricultural economy continues to grow in this fourth year of severe drought, thanks mostly to the state’s vast but declining reserves of groundwater, which will offset about 70 percent of the surface water shortage this year, the researchers said.
California is the world’s richest food-producing region. Continued strong global demand and prices for many of its fruits, nuts and vegetables has helped sustain the farm economy along with intrastate water transfers and shifts in growing locations.
“We’re getting by remarkably well this year — much better than many had predicted — but it’s not a free lunch,” said lead author Richard Howitt, a UC Davis professor emeritus of agricultural and resource economics.
The heavy reliance on groundwater comes at ever-increasing energy costs as farmers pump deeper and drill more wells. Some of the heavy pumping is in basins already in severe overdraft — where groundwater use greatly exceeds replenishment of aquifers — inviting further land subsidence, water quality problems and diminishing reserves needed for future droughts.
Further, several small rural communities continue to suffer from high unemployment and drying up of domestic wells because of the drought, particularly in the Tulare Basin.
“If a drought of this intensity persists beyond 2015, California’s agricultural production and employment will continue to erode,” said co-author Josué Medellín-Azuara, a water economist with the UC Davis Center for Watershed Sciences.
Major conclusions
The UC Davis team used computer models and the latest estimates of surface water availability from state and federal water projects and local water districts federal state and local water projects. They forecast several drought-related impacts in the state’s major agricultural regions for the current growing season, including:

Groundwater regulations could help
The scientists noted that new state groundwater regulations requiring local agencies to attain sustainable yields could eventually reverse the depletion of underground reserves.
“The transition will cause some increased fallowing of cropland or longer crop rotations but will help preserve California’s ability to support more profitable permanent and vegetable crops during drought,” said co-author Jay Lund, director of the UC Davis Center for Watershed Sciences.
The report was primarily funded by the California Department of Food and Agriculture.
Other authors on the report include Daniel Sumner, a UC Davis professor of agricultural and resource economics and director of the UC Agricultural Issues Center, and Duncan MacEwan of the ERA Economics consulting firm in Davis