It is with great pleasure for us to introduce a new column, “Grower Guidelines” by Carl Cantaluppi. Carl has worked in Cooperative Extension for 36 years in the Northeast, Southeast and Midwest. He will bring timely topics about fruit and vegetable production based on his experience.
Asparagus facts and pointers
One of the crops I have worked with extensively is asparagus. Gone are the myths about asparagus and we now have extremely productive varieties which can be easily grown. 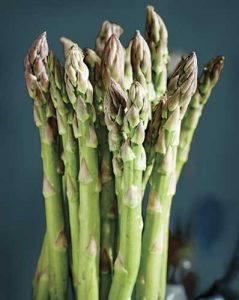 The bulletin is bound with a plastic spiral binder. It sells for $25, including shipping and handling. To order send a check or money order payable to Carl Cantaluppi to:
Carl Cantaluppi
1222 Grangers Rd.
Selinsgrove, PA 17870