Harvest Vegetables at the Peak of Perfection

Knowing when to harvest vegetables at the right stage of maturity is important to ensure they will contain the maximum amounts of vitamins and minerals along with providing the best flavor for your customers to enjoy. Follow the guidelines below for best results: 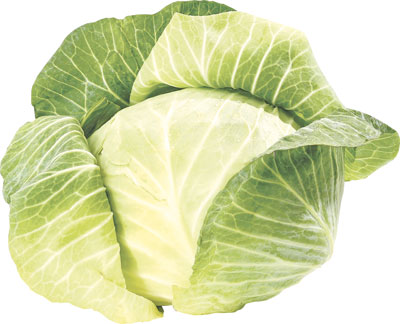 At harvest time, cabbage heads need to be firm and not soft or puffy. It’s better to harvest a small head that is firm instead of waiting too long until the head develops cracks. Cracked heads are overmature, tough and woody.

Broccoli heads need to have the florets (or beads) remaining green. If the florets are open and flowering (turning yellow), this indicates overmaturity and a bitter flavor. After cutting the main stalk, some broccoli varieties will produce marketable side shoots which can be harvested and put in bags to sell by weight.

Cauliflower needs to be harvested when the florets in the head are in a bright white condition, before they start to break up and turn the head brown. This loose head condition is known as a “ricy” head, which is bitter. Tying up the outer wrapper leaves to shade the developing head when it is the size of a silver dollar will keep the sun off the head and prevent it from turning an off-white color.

Kohlrabi can be harvested when the above-ground stems swell to form bulbs, usually between two – three inches in diameter. If bulbs crack, then a majority of the bulb will be woody.

Brussels sprouts take longer to form sprouts (80 – 100 days) so if temperatures start to remain below 55º in the late autumn, pinch out the top of the plant (the growing point) so the plant’s energy can be diverted directly into the buds to make them enlarge rapidly on the stem to produce marketable sprouts.

Beets should be harvested between one – three inches in diameter, or before they become woody.

Peppers need to be harvested when they reach the desired color. Green bell peppers will enlarge in size on the plant until they reach a generally marketable size, depending on variety. Green peppers will eventually turn red if left to remain on the plant. However, the plant has to expend energy to produce red peppers and will prevent new peppers from forming until the red peppers are harvested. This requires extra time. One has to weigh the cost of leaving green peppers on the plant to produce red ones, and to make sure the price paid by the consumer will compensate the grower for sacrificing yield and the extra time it takes to produce them.

Other bell pepper varieties are sold by the color the pepper will be at maturity. If yellow, brown or purple varieties are wanted, then these peppers will exhibit these colors at maturity. The grower has to wait until the desired color is achieved before harvesting.

Eggplant varieties come in all different shapes, sizes and colors. There are Japanese types that produce long slender types, along with the traditional oval, large fruited types, as well as white varieties that are larger than an egg. All eggplant varieties should yield to soft pressure when ripe. Purple eggplant should have a deep glossy purple color. If the skin turns a dull purple with stripes and is hard when pressed, this indicates overmaturity. The interior flesh will be brown, not white, and tough, with a bitter taste. Eggplant fruits are best harvested with hand clippers to make a clean cut to prevent uprooting of plants by trying to yank them off the plant.

It takes about three – four months from direct seeding tomatoes in the field to producing a fruit, or 70 days from setting a six- to eight-week-old transplant to fruiting, and about 40 – 50 days from when a flower opens until it produces a ripe fruit. Tomatoes ripen when ethylene, a naturally occurring growth regulator, is released from the fruit. Tomatoes ripen from the inside out, meaning the interior center of the fruit will first turn red before the color radiates outward.

For the grower, knowing about these ripening stages is important so that the fruit can be shipped at the right time. Fruit can be harvested in the mature green stage and will continue to ripen in transit and the produce receiver can sort the fruit to display in the marketplace. Also, harvesting in this stage will lessen the chance of fruits succumbing to insects or diseases. For example, stink bugs have more difficulty piercing green fruits than red ripe fruits. Anthracnose, or ripe rot fungus disease, cannot penetrate green fruits.

Growers and marketers should also know that tomatoes should never be stored below 55º F, or chilling injury of the fruit will be noticed. The fruit will develop pock marks or pits on the fruit exterior which will lead to premature rotting. Always store tomatoes at room temperature and never refrigerate them in the marketplace.

Cucumbers are ready to harvest when the rind is a dark green color (before they turn light green or white). The seeds should be small and immature. Mature seeds will result in the flesh being woody. Slicing types produce larger and longer fruits than pickling types which can be harvested as small two- to three-inch-long fruits. Older slicing varieties are more susceptible to bitterness, due to a compound called cucurbitacin, produced close to the stem end of the fruit and concentrated just under the peel. Hot weather brings out the bitterness. 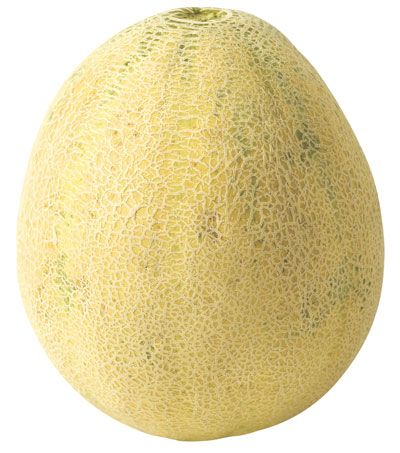 Muskmelons (not cantaloupes) are harvested when the sugar content of the melon increases and the musky odor of the fruit is detected. They are also harvested at the “full slip” stage of maturity when the stem end of the fruit detaches from the vine with slight thumb pressure. If one has to yank the fruit from the vine, leaving part of the stem attached to the fruit, the melon is immature and will not be sweet. Melons will not increase in sugar content after they are picked.

The true cantaloupe, which is not grown in the U.S., was grown in the 18th century in Cantalupo, Italy, after being introduced there from Armenia and were named cantaloupes, after the village. The fruit looked quite different from the muskmelons that are commonly grown today, and belong to a different plant species. American plant breeders decided to work with the muskmelon, which is actually native to Persia (Iran). In 1881, the muskmelon variety Netted Gem was released by the Burpee Seed Company. Despite the botanical differences between muskmelons and cantaloupes, in the U.S., muskmelons are still called cantaloupes.

Watermelons do not slip from the vine when ripe, as muskmelons do. Watermelons produce tendrils that arise from the stem, which are curlicues, similar to the ones found on grape vines. When the melons ripen, look for the tendril that forms off the stem that is closest to the melon. When the tendril turns brown and dries up, the melon is ripe. Check the bottom of the melon, where it rests on the ground. When the color changes from a cream color to yellow, this also indicates ripeness.

Summer squash (zucchini, yellow straightneck, crookneck, scallop, etc.) are ready to harvest when a fingernail easily punctures the fruit. When cut open, the seeds will be immature. Harvest crookneck and straightneck varieties are ripe when fruits are 1.25 – two inches in diameter. Zucchini should be harvested when they are seven – eight inches long. Scallop or Patty Pan types are harvested when they are three – four inches in diameter.