How to set up a marketing plan for your business 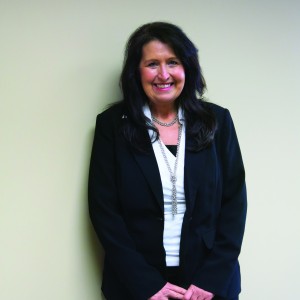 by Emily Enger
Marketing. Everyone has heard how important it is but implementing it can be intimidating. Carsha Lapp has devoted her career to educating business students on this very topic, working as a marketing instructor at Northwest Technical College in northern Minnesota for 27 years. When it comes to marketing advice, she boils it down to two basic tips: Keep your message simple and communicate it well. “Businesses need to make sure they’re getting the word out and communicating how they can benefit customers,” Lapp said. “People can’t buy what they’re not aware of. But this takes time.”

That time factor is one many businesses underestimate, according to Lapp, especially in our world of instant gratification. It’s important to recognize that marketing isn’t immediate results from one advertisement, but rather a long-term communication plan with one’s target audience. To make this plan an intentional one, many businesses utilize marketing campaigns. “A marketing campaign,” Lapp explained, “is a cohesive message or story that has a specific goal.” Businesses run ads and promote discussion or news regarding their chosen goal for the duration of the campaign, which can be anywhere from weeks to years.
What makes a good goal? Your product’s benefits to consumers. As Lapp explained, people don’t own shampoo to simply own a bottle of shampoo; they own it for the benefits of clean hair. So shampoo companies don’t focus their marketing on defining shampoo or explaining its chemical structure; instead they spread information regarding the importance of clean, healthy hair.
When sitting down to plan a marketing campaign, decide what the marketing goal is for your business. Ask yourself questions like, what is your product’s benefit, is it health from naturally-grown goods? Perhaps there are social benefits if your product is used to bring family and friends together. Or the economical benefits of being a local, small business. Pick a single goal and try to build all your marketing around that concept for the duration of your campaign. If that seems too intimidating, Lapp recommends not over-thinking. “Sometimes the best marketing is just the simplest,” she said. “It does not have to be complex.” One great example of a marketing campaign is the Got Milk campaign. “The goal (benefit) of Got Milk was to increase people’s consumption of milk,” said Lapp. “They didn’t cram health messages down our throat; instead they focused on the absence of milk, which is an interesting strategy. And they did it with humor.” Lapp also recommends using multiple variations of a campaign to target different audiences. Got Milk featured several different ads and celebrities to target different ages and subcultures, but all the ads had the same focused message and included the Got Milk tagline.
To get one’s message out, Lapp recommends using more than one platform. “Don’t put all your eggs in one basket,” she said. “Marketing is about a variety of tools. Think of it like a recipe: you can keep it simple, but you still need a variety of ingredients to make it good.” That variety includes traditional marketing methods, like advertising in the local paper, but also branching out to new platforms, such as social media. “Make a social media plan,” she said. “Have someone dedicated to keeping tabs on your pages every day. Share your own business information, but also share other items, like news. Or perhaps a Tip of the Day. Be ‘news-y’ and less ‘sell-y’ on social media.”
The social media plan could coincide with the marketing campaign. For example, your Tip of the Day could be related to the campaign goal. Or perhaps if your goal is about bringing families together, you could post photos of your employees with their respective families. Do fun things on social media, but try to connect them back to your campaign’s message. “When it comes to posting on social media,” said Lapp. “Be aware of the irritation factor to make sure you aren’t posting too much. However, the truth is that although you can overdo it, that’s not usually the problem. Most often the problem is keeping it fresh and up to date. If you don’t post often enough then there’s no news from you. People check social media to see what’s happening and your site can be a resource. If you under-post then you’re under-utilizing this opportunity.” And don’t be afraid to nag a little, not only on social media but with all your marketing. “People are inundated with so many messages all day, especially with Smart Phones now, that they miss a lot,” Lapp explained. “So we need to repeat and not be afraid to repeat.”
But even as you begin new marketing strategies, Lapp does caution against changing it up too much at one time. Repeat customers head back to their favorite business because they are comfortable there. That comfort level is important to preserve. “Figure out what the personality of your business is,” said Lapp, “and then be consistent. Consistent is more important than change, in some cases.”
Your business’ personality, also known as ‘branding’, helps build a loyal customer base. It also helps your business be more recognizable. “We often think of big business as the branding leaders, but small businesses can also build their brand, by creating a strong identity with their customers.” An important part in that, Lapp stresses, is exceptional customer service, which has incredible marketing value.
However you implement marketing strategies, always remember that this concept isn’t about immediate success. Don’t get discouraged when it takes time and give your plan the chance it needs before you throw in the towel. “Businesses need to network and build long term relationships,” Lapp stressed. “That’s the key to a business’ future – not the one-time market exchanges but the relationship over time.”