Blueberries are probably the most widely distributed fruit in the world. The blueberry thrives only on organic, acidic soils, doing best at a pH of 4.5 – 5.0. The fruit of at least seven species is harvested on a fairly large scale, including Vaccinium angustifolium, the lowbush blueberry. The highbush blueberry, V. corymbosum, is found throughout the Atlantic Coastal Plain from New England to Georgia, and westward to Lake Michigan. The rabbiteye blueberry, V. ashei, grows mainly in the Southeast.

The lowbush blueberry is gathered in quantities from the wild across the country. The Northern highbush blueberry is the most commonly cultivated type of blueberry in the U.S. A good portion of the production comes from the Northeast and the Pacific Northwest. The rabbiteye blueberry is tolerant of the heat and drought of the South and grows wild.

In order for blueberry production to be successful, they need to be grown in areas that can satisfy the plants’ chilling requirement, known as chilling hours. A chilling hour is an hour below 45º F during winter. This chilling requirement reduces winter injury by keeping the plants dormant. Both blueberry twigs and individual flower buds can be killed or damaged by low temperatures. The temperatures that are critical depend on the degree of dormancy the plants have attained at the time the cold occurs, and to some extent on the variety. Well-hardened northern highbush plants in Michigan can withstand temperatures as low as -22º F without damage. An early hard freeze, before the plants are fully dormant, may cause more damage than much colder temperatures that occur after the plant is fully hardened.

Variety selection is one of the most important decisions a blueberry grower can make. Yield, ripening time, longevity of the planting, ease of harvest and packing and demand for the product are strongly influenced by variety choice.

Vegetatively propagated varieties have been developed for each type of commercial blueberry: northern highbush, southern highbush, rabbiteye, half-high and lowbush. Except for lowbush blueberries, in which the commercial crop is still harvested almost entirely from wild seedling populations, essentially all blueberry production comes from vegetatively propagated improved varieties.

Blueberry chilling requirement figures usually have been determined under eastern U.S. conditions and should be taken only as a guide. Rabbiteye blueberries require the least winter chill (perhaps 100 – 200 degree hours below 45º F) while some southern highbush cultivars may require more chilling. Northern highbush can require over 600 hours. “Elliot,” a northern highbush, is said to require more than 800 hours. 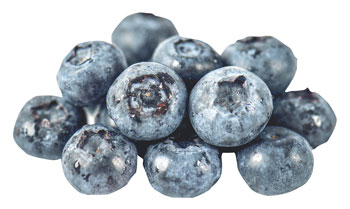 The following is a list of blueberry varieties based on type and chilling requirement. These are only a few of the many that are available. It is essential for growers to find out what varieties have done well in their area and to make a wise selection by knowing as much as possible about each variety.

Some of the above information was adapted from “The Blueberry” by Norman F. Childers and Paul M. Lyrene.