Maine-ly Apples grows with the seasons 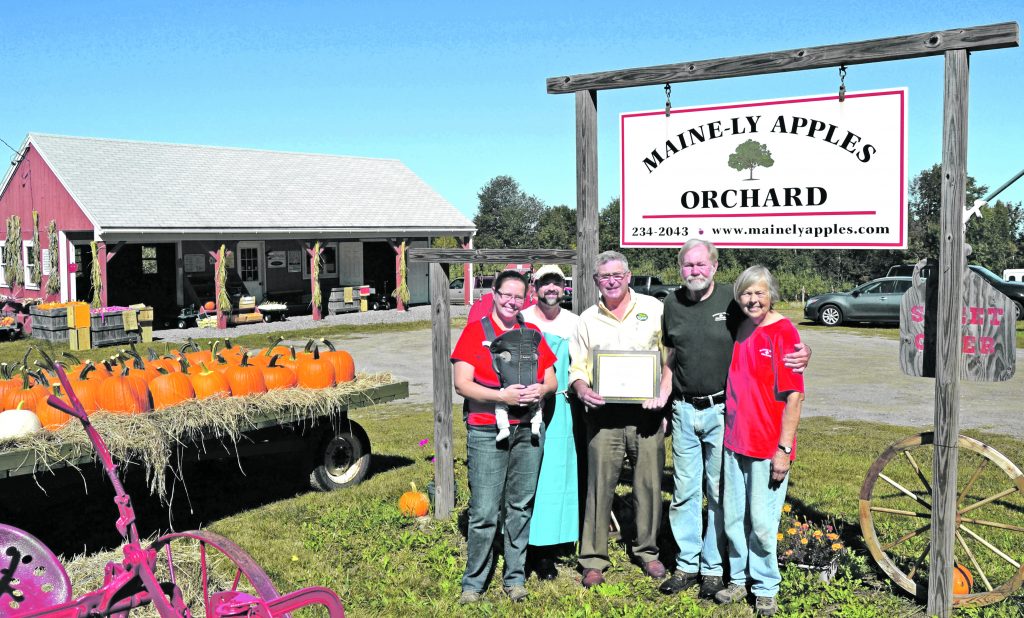 “When they started out in 1983, it wasn’t like this. They had a tiny farm stand, no trees and no cider press,” Holmes said.

By 2000, a cider press that produces 300 gallons of cider a week was added. The orchard had diversified to grow pumpkins and collect honey from honeybees.

The Maine State Commissioner for Agriculture recently awarded Maine-ly Apples with an entrepreneurial excellence award, an award that Holmes said was well deserved.

“It’s an honor to be recognized for your hard work. Being in agriculture is difficult. You are at the mercy of the weather. You are at the mercy of a crop you have some control over, and it is a lot of hard work,” she said. “An apple orchard is a year-round business. Not only are we open for retail sales right now, but we have to prune all 1,700 apple trees by hand in the winter time. Getting an award means all our hard work is affecting people in a positive way. It’s great!”

Maine-ly Apples, located in Dixmont, is a local establishment serving local needs. “Everyone we hire is local. We don’t hire migrant workers. We hire local moms and dads,” Holmes said, “so we are helping our local economy as well because we employ local people.”

Holmes attributes the orchard’s success to having really good customer relations, being centrally located and close to the major population centers of Bangor and Belfast, often getting customers from different areas of New England.

“We have expanded our variety line according to demand, trying to meet the needs of all of our customers whether they are picking one bucket of apples or buying a gallon of cider,” she said. 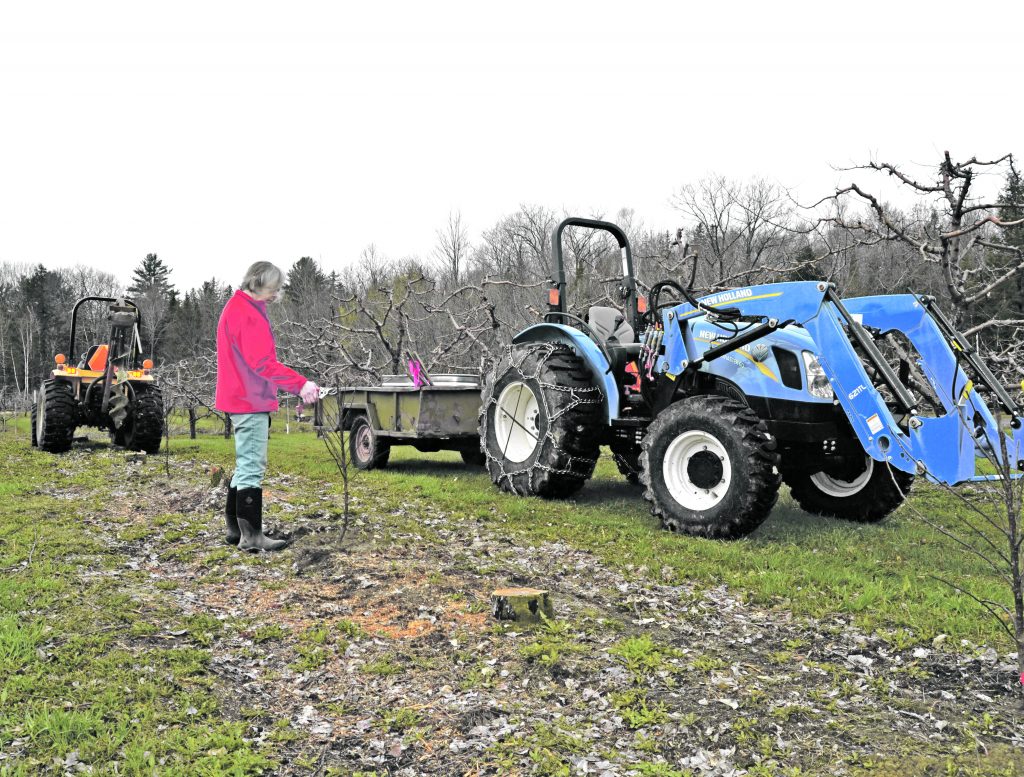 McIntosh apples were once the most popular; however, Holmes said people now seem to be buying sweeter apples like Honey Crisps and Snow Sweets.

Maine-ly Apples has a variety of apples for eating and baking, Cortlands being the traditional baking apple and Northern Spys and Ida Reds being used as store apples during the winter.

The orchard provides not only a farm store stocked with apples, honey and pumpkins, but families can also pick fruit off the trees.

“We offer baskets and wagons and we have semi-dwarf trees so no ladders are needed for picking. We also have a nature trail we allow families and animals to go on,” Holmes said.

Maine-ly Apples hosts many school groups, and according to Holmes this is important to children’s understanding of nature. “I think that it is important to let kids know where their food is coming from by picking their own apples,” she said. “And because I have been doing this with my parents for the past 13 years now, within that time the kids that used to come are coming as adults bringing their own kids.”

Like other agricultural-based businesses, Maine-ly Apples’ success or failure depends on the weather – whether it was wet or dry in the spring and whether they had a late frost.

“In order to run any kind of business, whether it’s agriculture or anything else, you have to be willing to put in the hours and not always get the payback out of it,” Holmes said. “You have to love what you do, and my parents have been loving what they do for the past 35 years.”