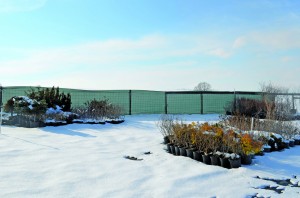 by Sally Colby
Although Frank Vleck studied business, finance and accounting in college, his eventual career as a grower started as a high school hobby. This year, Vleck is celebrating 30 years of growing at his Wakefield Valley Nursery in Carroll County, Maryland.