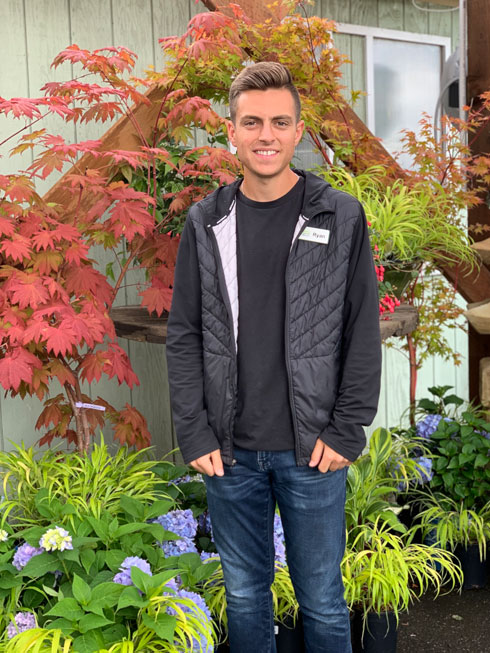 Ryan Malmassari, a recent graduate of the University of Washington, is taking over the management of Kent East Hill under the guidance of his parents.

For many years, Darren Malmassari managed Kent East Hill Nursery in Kent, WA. When he had an opportunity to purchase the business, he and his wife Lonnie did just that. Their son Ryan recently took a leadership role in the business.

After gaining ownership, the Malmassari family started making the business theirs. One of the first decisions they had to make was whether to keep the same name for the business or change it.

“We want to change the image,” said Ryan. “We could have put ‘under new ownership’ on the sign, but if it has the same name, people still have the image of a place they didn’t want to go to. We want to make it a place for the community. Word is getting around, people are coming here now, and we’re busy.”

The Malmassaris realized that a combination of the nursery’s location on a busy street and no other nurseries in the area meant more potential for the business. They also realized they’d have to invest to get it to the level they wanted. “We’re still doing projects every winter to make it nice,” said Ryan. “It’s one step at a time with these projects. We can only do so much because it starts getting busy and we don’t want construction work when customers are there.” 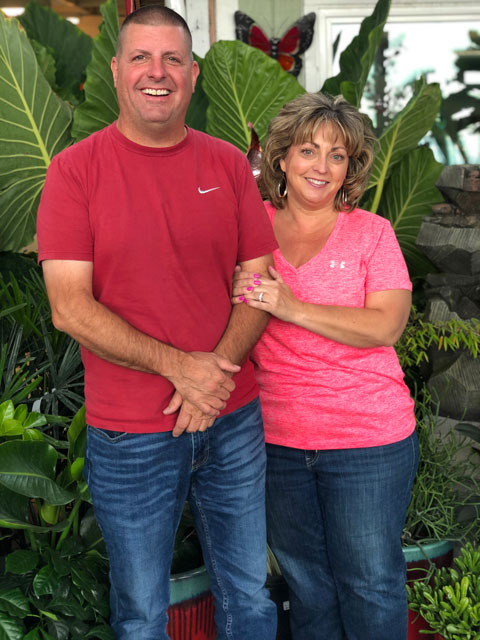 Darren and Lonnie Malmassari took over ownership of Kent East Hill Nursery in Kent, WA, and made it a priority to change the image of the business.

Ryan majored in business and marketing at the University of Washington’s Foster School of Business. “I enjoy working with my family,” he said, adding that he has been working at the business since he was 16. “We have a lot of employees who know a lot about plants, and they teach me as I go. I would have had to go to school for two or four more years to get a horticulture degree.” Ryan said if he doesn’t know the answer to a customer’s question, he has plenty of resources to consult for accurate answers.

The customers who enjoy visiting Kent East Hill Nursery are primarily homeowners and aspiring professionals. “We get a lot of younger Millennials who come in for house plants and other things,” said Ryan. “Our main customer is coming in for plants to re-do their yard.” Although some customers request plants that aren’t suitable for the area, Ryan takes that as an opportunity to show them what grows best in the region.

Ryan explained, “Many of them want modern looking plants with low maintenance,” adding that retirees have more time to spend in their gardens. “A Millennial will come in, ask for something they just have to water once a day to make it look nice and be done with it. Many customers have less time for gardening because they’re working full-time. They want to get their hands dirty like their parents did, but they don’t want to spend a lot of time on a garden.”

Kent East Hill’s location 20 miles south of Seattle provides customers easy access to the business. “Customers from that area like our lower prices,” said Ryan. “We offer what grows best in the area, and also take special requests from customers. We also try to feature what people have seen online or in magazines. We’re always trying to keep up with what’s out there. If an article comes out about how rosemary is good for controlling mosquitoes, then everyone comes in for rosemary.”

After observing what works best in the retail store, Ryan found the way in which items are displayed is a major factor in how well those items sell. “We rearranged our shade area and sold plants that had been sitting there for a month,” he said. “It’s a matter of making things look fresh after the busy season.”

Kent East Hill doesn’t provide landscaping services, but they are developing that aspect by maintaining contracts with area landscapers, and offer delivery of landscaping materials. “We want to be able to deliver so we can get larger orders,” said Ryan. “People don’t want to come back three times with their car.” 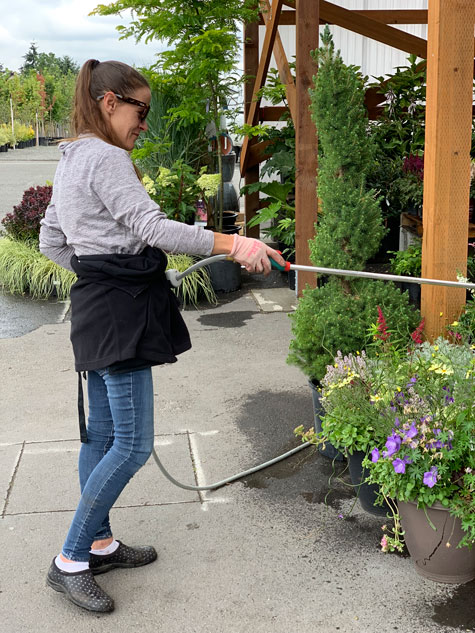 Like other successful garden centers, Kent East Hill offers instructional classes. Ryan plans to add more classes to cover topics in addition to the already popular classes on house plants, succulent planters and kokedama balls – plant root balls, often epiphytes, wrapped in soil and moss then secured with twine. The balls can be suspended or placed in a dish, and depending on the plant, don’t require a lot of care.

As summer turns to autumn, customers are seeking mums, ornamental kale and pumpkins. “A lot of people love mums and want some color after summer annuals are spent,” said Ryan. “We sell them as annuals, but they come back the next year if they’re shielded from harsh weather.”

By the end of autumn, customers are thinking about Christmas. “We offer about five or six wreath-making classes,” said Ryan. “The classes are popular – people sign up as soon as they’re offered, and fill up fast.” Participants can purchase a pre-made wreath to decorate, or make their own after watching the instructor demonstrate how to make a wreath. Kent East Hill also brings in fresh cut Christmas trees from Oregon for the season.

One fairly new aspect of the business is the use of social media. “I don’t think it drives a lot of sales, but it’s a way for people to connect with the business,” said Ryan. “It reminds them we’re here, and people can see a brand image.”

Ryan said part of what helped improve the business’s image in the community was hiring the right employees. “They’re friendly and willing to help,” he said. “We’re also building an image on social media. Changing the quality of plants also helped.”

Ryan and his parents realize they can’t compete with big box stores if their stock isn’t top-notch, so they’ve chosen to focus on quality. “We didn’t want to be in the middle – you can either compete on quality or price, and when my parents took over the nursery, they chose to compete on quality,” he said.