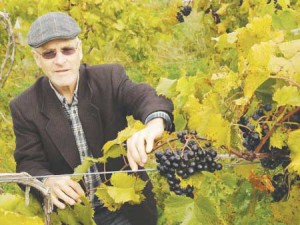 WOOSTER, OH — Doug Doohan, professor in the College of Food, Agricultural, and Environmental Sciences at The Ohio State University, has been named interim director of the college’s Organic Food and Farming Education and Research (OFFER) program.
The program conducts studies and outreach on organic farming. About 40 scientists and specialists from the college — including from its research and outreach arms, the Ohio Agricultural Research and Development Center and Ohio State University Extension — are affiliated with the program.
Doohan, who has been involved with the program since it started 18 years ago, is replacing former OFFER director Brian McSpadden Gardener, who left for a job in the private sector.
“Doug has an established research and outreach program in weed management and in food safety in fruits and vegetables,” said Dave Benfield, Ohio State’s associate vice president for agricultural administration and director of the college’s Wooster campus, which includes OARDC. “He’s well-qualified to lead our effort in organics.”
Both Doohan and OFFER are headquartered at the Wooster campus, where the program manages about 70 acres of certified organic farmland for its studies.
Point of contact for Ohio’s organic farmers
In his new role, Doohan will serve as OFFER’s main contact point with farmers and others in Ohio’s organic industry. He’ll work with college faculty to develop proposals for possible funding by the U.S. Department of Agriculture’s Organic Agriculture Research and Extension Initiative.
“It seems clear that OFFER will go through a period of reinvention over the next year,” Doohan said. “That’s going to require building stronger relationships with our various stakeholders and within the research community.”
Among his current efforts, Doohan is a co-researcher on two federally funded studies related to organic farming.
One of those studies, which is backed by a grant from USDA’s Organic Agriculture Research and Extension Initiative, is trying to determine if and how balancing a soil’s mineral content can improve weed control and the growth of crops.
The other study, which is funded by USDA’s Organic Transitions Program, is developing a new decision-support system for organic farmers. The system will consider not just weed and soil management but broader factors including financial goals and personal values.
Doohan is a member of the college’s Department of Horticulture and Crop Science, holds appointments with OARDC and OSU Extension, and earned his Ph.D. at North Carolina State University.
Scientific backing for organic methods
The college established OFFER in 1998 in response to requests from Ohio organic farmers for scientific research to support their work.
At the time, organic farming was growing fast in Ohio and throughout the U.S. and since then has continued to do so. USDA figures show U.S. organic sales grew from $1 billion in 1990 to $35 billion in 2012, making it the fastest-growing segment in American agriculture.
The 2014 Organic Survey by USDA’s National Agricultural Statistics Service reported that Ohio had 541 organic farms selling nearly $89 million worth of organic commodities.
Teamwork with industry key
Doohan sees growth and change ahead, both for OFFER and the industry it supports. He said ongoing teamwork between them is key.
“The door is open,” he said. “We want to hear from farmers in the state. We’ll need their help figuring out the future.”
Doohan can be reached at doohan.1@osu.edu or 330-202-3593.
OFFER’s website is at: www.u.osu.edu/offer.