Tree fruits, brambles, grapes: All are subject to foraging by birds. Protecting the harvest from bird damage remains a serious concern for growers.

Fruit yields, placement of trees in the orchard and the presence of other bird-friendly resources were all determined to play a contributing role. Deterrents were not always found to be effective. 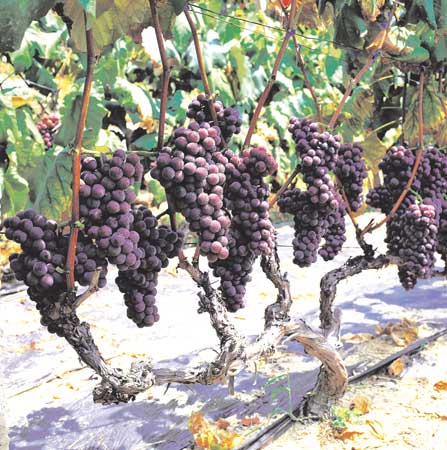 Cornell University’s Human Dimensions Research Unit surveyed growers as a part of this research. This research was conducted to determine the impact of bird damage in a variety of fruit crops.

Based on growers’ responses to the survey questions concerning the economic impacts of fruit loss in crops both with and without the use of bird control tactics, researchers were able to extrapolate economic impacts resulting from bird damage.

The loss of the crop doesn’t stop at the farm, however. The impact to the broader economy includes an estimated 1,200 jobs which would be lost in New York State as a direct result of yield losses if growers did not invest in management practices to protect against bird damage.

Sixty-eight percent of the respondents from New York did, however, utilize some methods of bird control on their farms. Estimates of actual bird damage to the crop ranged from a low of five percent for Honeycrisp apples to a high of 31 percent for sweet cherries. Growers estimated that without any bird control on their own farms or on neighboring farms, crop loss would range from 13 to 67 percent of their expected yields.

Sweet cherry data from all of the states in the study demonstrated the role seasonal fruit yield plays in overall crop loss to birds. In 2012, sweet cherry yields were very low in most regions, while 2013 and 2014 resulted in abundant harvests. Bird damage was low in the years with abundant fruit, while losses due to bird damage were high in 2012.

Interestingly, the actual number of fruit damaged in each year was similar. But with low yields, the percentage of the crop lost was much higher. In low yield years, the abundance of wild forages or other crops is likely to be impacted as well, so bird pressures overall would be higher.

Sweet cherries planted in blocks adjacent to other sweet cherries were found to be more protected from bird damage, while those on the edges of the orchard were most prone to losses. There was some discrepancy to damage due to forest proximity versus low forest coverage along orchard edges. While researchers anticipated that greater losses would occur along orchard blocks in proximity to forest, in some situations low forest areas showed a higher proclivity for bird damage.

It is hypothesized that American robins and cedar waxwings, both prolific pests to cherry crops, prefer agricultural settings in proximity to human development. They also use forest edges. So, low forest coverage can allow these species ideal circumstances for their survival. Therefore some sweet cherry growers might find that these birds do more harm when forest edges are sparse.

In general, however, high forest coverage leads to more bird crossings over adjacent orchard blocks, leaving these areas most susceptible to damage. Other farm specific data, such as proximity to swamps or marshes, could make orchards more susceptible to bird predation as well, and individual situations should be considered when bird control management decisions are made.

The researchers found that in high yield situations, the differences between protected and unprotected orchards were negligible. Whether protected by inflatable tube men as a form of bird control or left unprotected, sweet cherry orchards in Michigan suffered a low percentage of crop loss during a high-yield year, with protected orchards showing similar results to unprotected ones. Common protective measures include chemical repellants, auditory devices, visual scare tactics, predatory bird boxes, netting, trapping and shooting.

The effectiveness of deterrents depends upon the bird pressure present, the availability of other bird resources, the proper timing and use of deterrents, and predator presence. Birds can readily acclimate to many auditory and visual scare tactics, so their effectiveness can be limited in duration. Even combining methods has been found to have less than stellar long-term effects. Once one bird returns, the others in the flock will follow.

One new method of deterring birds involves sonic net technology. Developed by researchers at the College of William and Mary, and being marketed as SonicNets by Sam McClintock, CEO of Midstream Technologies, the technology uses projected sound waves to deter birds.

Using a specialized speaker system, sound waves which interrupt the frequencies of any given bird species being targeted are projected over an area. As a result, the birds cannot communicate. Because they depend upon communication within the flock for survival, the birds will leave the area. The birds cannot adapt to this disruption in communication, McClintock said.

Investing in bird deterrents can have positive economic benefits. But how much of an impact birds have on crop productivity and farm economics in any given season depends upon the value of the crop, the abundance of the crop, the overall bird pressure and individual farm characteristics. Deciding how much to invest in bird deterrent strategies depends upon individual farm needs.

The research team concluded their findings with the advice that “growers prepare bird management plans that consider the spatial distribution of fruit and non-fruit areas of the farm. Growers should generally expect to invest more in bird management in low-yield years, in blocks isolated from other blocks of the same crop, and in blocks where trees can provide entry to the crop for frugivorous birds.”