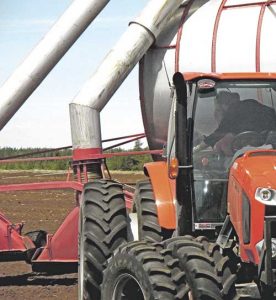 by Jeffrey P. Bishop/Jeff Bishop Sales LLC
Peat moss — when some people hear it they automatically think, “Oh, no. Bad for the environment!” Yet, after talking with the naysayers, I have found that most of them have little to no knowledge of peat moss or its origins and the current state of harvest, production and sustainability.
If you just take the country of Canada, our northern friends, you would soon find out that vast areas of the country are actually peat bogs — probably 99 percent undeveloped. The developed areas of peat in Quebec, New Brunswick, Alberta and Saskatchewan are a mere dot in the overall peat landscape.
So when challenged with the harvest being a “permanent destruction” of those bogs, you have to consider that many of the vacuumed bogs in Canada have been under that style of “controlled” production for as many as 50 years. Yet they still produce a valuable resource to many industries, particularly in agriculture and horticulture.
The vacuum harvesting only removes a couple of inches of surface peat a year after the bog is initially opened. The bog stays open, allowing access for raking and harrowing to prepare for when the weather allows the big tractor driven vacuums to go out in teams of up to six and remove that loosened surface peat.
The earliest peat harvested is typically the coarsest as it still has the fibers of the sphagnum plant, more intact branches and is less broken down. There will be less dust particles in this peat as well. Also, there is typically a lower pH found in peat of this grade.
You can possibly relate this to the fact that even though this peat is on the top, it has yet to be exposed to the sun and wind. Overall, compared to its fellow peat fibers below that could be many hundreds of years old, it is less oxidized, like an old car faded in the sun.
Yet with each grade of peat from the top down, as we harvest and sustain the integrity of the bog, we also value the different grades of the peat separately: Blond/White; Blond/Brown as a natural blend; Brown Peat; and Black Peat at the bottom of the bog. We use all of these grades as resources and waste none in the process.
Even the wood by-products — the trees, bushes and roots branches of pre-historic plants that existed in the bog — are used. This wood by-product does not act like freshly harvested wood or bark. It does not rot or decay and does not require nitrogen it the process of degrading.
Thus when added to a peat based “Peat Lite” growing mix, it works as an aggregate and does not sap the media of nutrients. It is part of the sustainable preservation of recovering all products from the bog to make them useful.
Whether packaging peat moss for the garden center, a greenhouse or nursery to mix their own soil-less media — or making our own mixes, organic or conventional — the peat bog offers a wonderful sustainable resource.
Eventually, once a bog has fulfilled its productive usefulness the peat producer becomes restorative conservators by planting trees, blueberries, cranberries, wild flowers and replanting sphagnum peat.
The bogs are also the future for the next generation of the sustaining conservationist peat producer, you see. We have to make that investment.