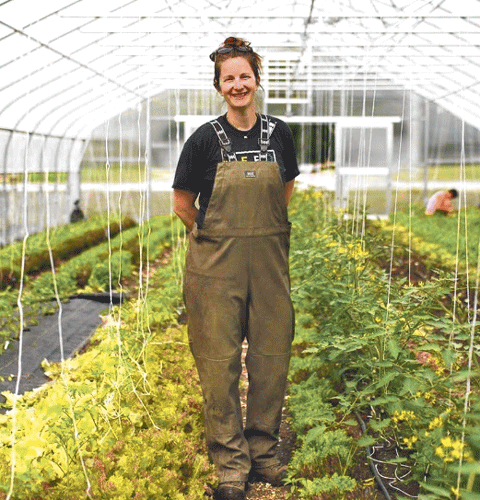 For some time, the USDA has noted with trepidation that the age of the average American farmer is creeping upward; it currently stands at 58 years old. While this trend may paint a worrying picture for the future of American farming, a newer trend is emerging that may save the nation’s agricultural workforce in the years to come – the arrival of the Millennial farmer.

In the past few years, a number of younger farmers, including those not originally coming from farming backgrounds or families, are trying their hands at tilling the soil in operations both large and small. With her creation of Dogpatch Urban Gardens (DUG), Jenny Quiner is a prime example of a Millennial farmer.

A native of the Hawkeye State, Quiner earned an undergraduate degree in health while studying at the University of Iowa and a master’s degree in education at Colorado State University. She spent six years as a high school environmental science teacher. “We often talked about sustainability and its impact on the earth,” she explained.

After marrying husband Eric and having three sons, Quiner was looking for a change. “I loved my time teaching, but I had become an avid follower of the works of Curtis Stone (an urban farming advocate who operates www.theurbanfarmer.co), and it seemed like a good time to give this a try myself,” says Quiner. “For so many younger farmers, the greatest barrier to entry into farming is being able to buy a piece of land. We were lucky. My husband and I both had good jobs, and we were able to save up and buy our piece.”

That piece consisted of an old farmhouse sitting on one acre of land. The Quivers finalized the purchase in 2015. The property is zoned residential, but Quiner has a conditional use permit that allows her to hold up to 10 events on the property per year.

DUG is committed to “using sustainable, organic and biointensive farm methods to produce high yields on a minimal amount of land while maintaining the integrity of the environment.”

Since its first growing season in 2016, DUG has offered what Quiner calls a “modified CSA program.” According to Quiner, “Ours is a ‘salad subscription.’ We grow mostly green and salad items: lettuce, arugula, kale, tomatoes, peppers, carrots, beets and radishes. Our members come by every week, over a 12-week session, and pick up a full or half salad package, two or three side items and a salad dressing offering. We’ve gotten a lot of really good feedback on it.”

The Quiners do not live on the property, instead residing a few blocks down the road. This has allowed them to expand their services to include agritourism. Since 2017, DUG has featured its “urban farmstay” program. The farmhouse, a craftsman-style bungalow originally built in the 1920s, has been renovated and restored by Quiner, but she is quick to point out “it still has that old farmhouse feel to it.” Guests can stay at and observe the fully functioning farm while taking advantage of its roomy three bedroom, two bathroom layout. Quiner assured, “It can comfortably sleep up to 10 people, and it is very family friendly.” 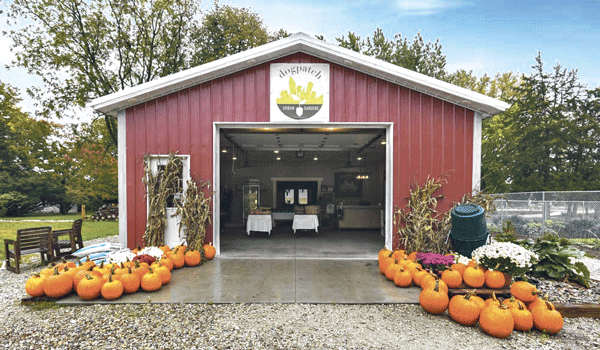 Today, as DUG is busy in the middle of its fourth growing season, Quiner is looking ahead to even more expansion in the scope of her business. This includes using more and more of those 10 permitted annual events DUG is allowed to host. “We’re holding Farmstand to Forks events, where local chefs come to prepare a meal right in front of our guests. We’ve also just opened a commercial kitchen. It’s a raw kitchen space that allows us to create salads, sandwiches, wraps and other ready-to-eat items,” Quiner explained. Both the Farmstand to Fork events and the DUG kitchen feature produce grown at the farm as well as other items for the DUG Farmstand.

Quiner declines the moniker of Millennial farmer, however. “It’s just a category. It doesn’t define me. But I am glad to see more and more younger professionals getting involved in market gardens.” Quiners laughed, “I certainly love it.”