Marketing is an ever-present concern for farmers and growers. You spend so much quality time preparing your soil, planting your seeds and tending your crops – and you need to ensure you set aside more quality time to sell the literal fruits of your labor. From the recent Southern Nursery Association Conference comes part two of the series breaking down the papers presented – these focused on economics and marketing.

Sprouts grow into plants that produce beautiful flowers and nutritious food; likewise, “little sprouts” mature into the gardeners and growers of tomorrow. The goal of this study from a group at the University of Kentucky was to figure out the best way to interest fourth and fifth graders in the field (literally). 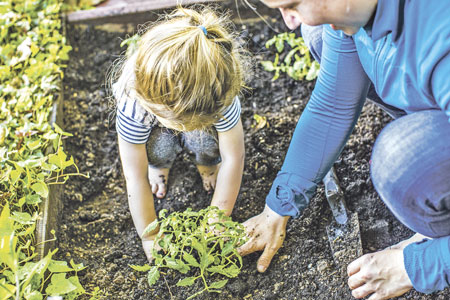 “In order to develop a scientifically trained workforce for the horticulture, nursery and landscape industry it is necessary to create an awareness in youth of what horticulture is and that it can be an exciting and worthwhile career,” the study begins. The goal of the project was to foster scientific interest and curiosity in 900 students from Caldwell and Lyon counties in western Kentucky. They actively participated in field days and to grow vegetables in demonstration gardens at their schools.

Previous studies showed participants in garden projects with hands-on horticulture activities increased their science knowledge and confidence in their gardening skills. It also led those participants to consider engaging in higher agricultural education or working in ag-based careers.

The activities took place at the five-acre University of Kentucky Research and Education Center Botanical Garden in Princeton, KY. The students learned about plant morphology and diversity; insect pollinators and their importance in agriculture; insect diversity and behaviors; soil types and their interactions with plants; vermicomposting; plant diseases; and the importance of conservation. The groups visited twice between March and May and once between August and October, and an Extension agent and master gardeners from Lyon County were part of their instruction team. Additionally, four raised beds were built at each school to support outdoor education. It turned out that more than 86% of the students said they had gardened before.

In April, the students learned more about soil types and conservation, soil biology, compost and vermicomposting, carbon footprint calculation, plant morphology and planting vegetable seeds and seedlings. In May, they focused on plant diseases (pathogen and symptom description), flowers and pollinators, mimicry and camouflage, insects (pests versus natural enemies) and raised bed vegetable gardens. The insect mimicry and camouflage was highly ranked by both students and teachers during evaluations of the program.

Ultimately, the goal of this project was to plant the seeds for future interest in horticulture. Perhaps some of these students will go on to become commercial growers themselves.

It has been suggested that neonicotinoid pesticides are potentially contributing to recent pollinator population declines. While some large home and garden retailers are now voluntarily labeling plants produced using these pesticides, reactions to these labels have not been explored. While many consumers (more than 70% in the study’s survey) are not aware of neonicotinoids, their interest in sustainable products suggests that these labels might reduce demand for plants grown using them due to environmental concerns.

“On the production side, producers frequently use neonicotinoids to protect plants from insect predation. If neonicotinoid labeling influences consumer preferences, this will impact producers’ production practices and potentially their profits,” the introduction to this study states. The researchers’ report summarized the state of the industry focusing on consumer and producer preferences for neonicotinoid usage and labeling.

A majority of the growers surveyed used both greenhouses and open fields for their plants. Most grew perennial crops, flowering potted plants and annual bedding plants – everything from flowers and herbs to fruits and vegetables. Foliar application was reported as the most commonly used pesticide application method for both greenhouses and open field/container production systems, with liquid drenching soil/granular applications following.

Surveyed firms consistently predicted increases in input costs when the use of neonicotinoid pesticides were restricted – with 60% anticipating an increase in the cost of pesticides, as well increases in both skilled and unskilled labor for their application. “In addition, surveyed firms also predicted an increase in both application frequency and man-hours after switching to non-neonicotinoid pesticides,” the survey reported. “Nonetheless, producers’ projection about yield change was split. While half anticipated a decrease in yield due to potential switch of pest management practices, half of the surveyed firm anticipated a yield increase.”

As for the proposed labeling itself, producers differed from consumers on what phrases were most effective. One of the consumers’ top-rated phrases (“Pollinator attractive”) was deemed one of the least attractive for producers.