A short and sweet wrap-up of this portion of the Southern Nursery Association’s annual conference studies focuses on something nurseries across the nation may grow: the eastern redbud, a large, pink-flowered deciduous shrub that grows from southern Ontario to northern Florida and as far west as California.

When it comes to difficult-to-root nursery crops, growers often use budding and micropropagation to raise plants, even though these methods tend to be more time consuming and expensive than the usual cutting propagation methods, according to the study’s authors. However, those in the forestry industry are adopting a commercially viable hydroponic strategy for those difficult-to-root plants which focuses on nutrition and juvenility to start cuttings that root at higher percentages. Geneve and Kester’s research tested the theory that a similar system could be used for difficult-to-root nursery crops. 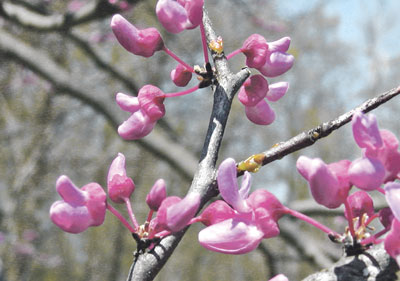 “Cutting propagation is a major propagation method for the nursery industry, but there is very little stock plant management compared with the floriculture and forestry industries,” their study states. “Stock management of many herbaceous annual and perennials plants for cutting production has become a very specialized practice with significant production occurring outside the U.S. Its stock plant management is characterized by starting with initially clean disease-free clonal material that is produced in containers under strict nutritional management. For woody plants, a selected number of deciduous forestry trees have been clonally propagated by selecting juvenile starting material for stock plants and then managing stock plants using a modified hydroponic system to optimize stock plant nutrition.” Notably, “minicuttings” in the forestry industry have resulted in vigorous rooted cuttings that have better root systems than those from traditional cuttings.

So, the researchers aimed to develop a modified hydroponic system for minicutting production using eastern redbud as their model (as the tree has a good juvenile stage starting material for a minicutting program – and has proven to be difficult to root from cuttings, although it does show rooting potential for a brief period during the growing season).

For their new system, the team began with juvenile eastern redbud plants raised as seedlings, and stock plants were established in sand beds and coir bags. They were irrigated with a modified hydroponic nutrient solution, some at full-strength solutions, some at half. The cuttings were evaluated for rooting percentage and the number of roots per cutting.

It turned out that the stock plants grew vigorously in the modified hydroponic sand beds, whether in full- or half-strength solutions. Seedling and rootstock cuttings were easier to root than cuttings from clonal plants, however.

Additionally, the study found “cutting wood maturity appears to be important for rooting in redbud cuttings. Cuttings taken as short minicuttings did not root as well as those with hardened wood. In the minicutting stage, leaves are very sensitive to desiccation injury … Continued research will evaluate whether this is a physiological rooting response or sensitivity of redbud minicuttings to the rooting environment.”