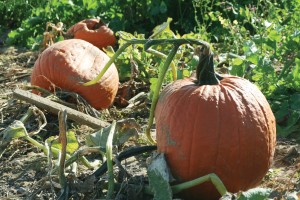 by Sally Colby
Growers in some western states and throughout the Midwest and East have had increasing problems with early season virus infection on cucurbits. “Normally, we see virus infections in late July and early August,” said Dr. Gerald Brust, University of Maryland extension. “But these virus infections are starting in late June and early July. When you see it then, it’s going to cut into yield quite a bit.”