What nitrogen-fixing landraces mean for growers 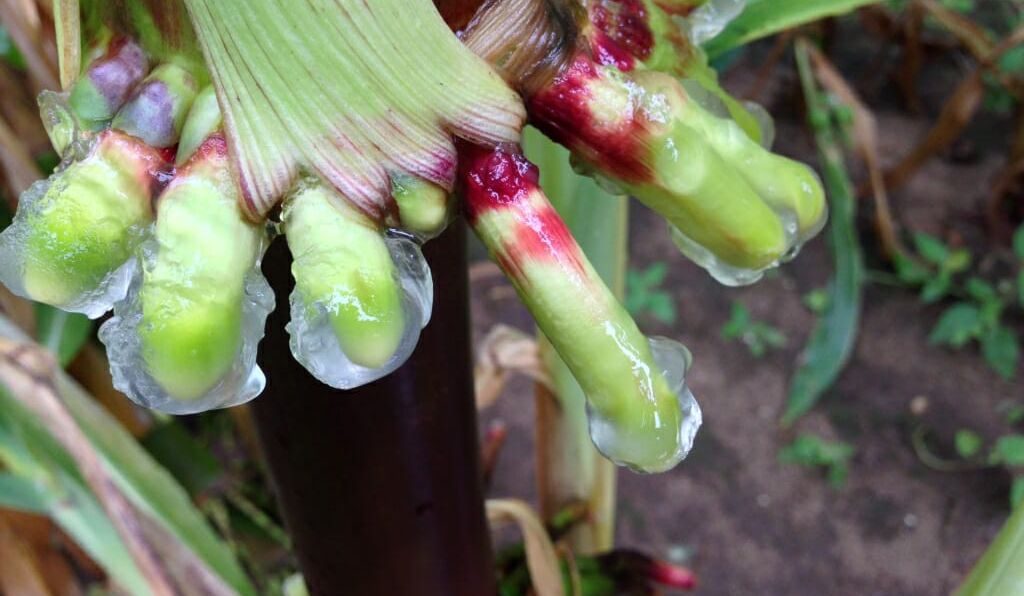 The air we breathe is only about 21 percent oxygen. Most of the air on the planet is actually nitrogen – about 78 percent, for the most part. (The remaining 1 percent are other trace gases, for those keeping track.) Nitrogen is important because it is part of many cells and processes like amino acids, proteins and even DNA. It is needed to make chlorophyll in plants, the green substance used in photosynthesis to make their food.

And nitrogen is vitally important to farmers across the country and the world, as it serves as a base for many different fertilizers.

Unfortunately, nitrogen-based fertilizers, while good for plants during their growing seasons, aren’t necessarily good for the planet as a whole. Field run-off into rivers and bodies of water can create myriad issues, including algal blooms, and while synthetic nitrogen is responsible for the huge growth in crop yields over the last century, it is estimated that making nitrogen fertilizer uses between 1 and 2 percent of the entire world’s energy, emitting a lot of greenhouse gases in the process.

Economically and ecologically, it would make sense to search for ways to reduce the amount of nitrogen fertilizer being used to grow crops. Researchers from the Midwest and the West Coast recently published a paper in PLOS Biology highlighting one way to lessen the usage of nitrogen – let the plants pull it from the air around them.

The article, with the somewhat-daunting title “Nitrogen fixation in a landrace of maize is supported by a mucilage-associated diazotrophic microbiota,” focuses on the study of a variety of corn that can produce 30 to 80 percent of the nitrogen it needs to grow using a system of aerial roots, water and a gel produced when the roots get wet.

Jean-Michel Ané, a professor of bacteriology and agronomy at the University of Wisconsin – Madison, was one of the lead researchers on a project decades in the making. He explained that the project was initiated by Howard-Yana Shapiro, chief agriculture officer at Mars Inc. (an American global manufacturer of confectionery, pet food and other food products) after he traveled to the Mixes district of Oaxaca in southern Mexico in the 1980s, looking for new kinds of corn in the region of the planet where corn, or maize, originated.

The corn Shapiro found was tall (about 16 to 20 feet) and growing on seemingly barren mountainsides. “That was the traditional way this corn was grown,” Ané said. “It was this giant, dark green corn, definitely not lacking in nutrients despite the quality of the soil.” What made this corn stand apart was its green and rose-colored aerial roots, dripping with a gel. The variety, dubbed Sierra Mixe, warranted more investigation, but no serious study would commence until 2005.

“The first data were shocking,” Ané said. “We found this corn got about 50 percent of the nitrogen it needed from the air.” Shapiro contacted Ané, as well as Alan Bennett, distinguished professor of plant sciences at the University of California – Davis, to figure out how this was possible.

At the Ané Lab at UW-Madison, they seek to understand and manipulate the molecular mechanism controlling symbiotic associations between plants and microbes, which is what was hypothesized was going on in this instance. “For the first year, I couldn’t believe it,” Ané said. “The problem we had with studying this was that it could lead to false positives – things we thought were true but were not.” Rigorous testing, including five categories of techniques, was used to confirm what the researchers were seeing – that the corn was somehow producing the nitrogen it needed.

“Year after year, technique after technique, we saw the high levels of fixed nitrogen [nitrogen pulled from the air], and I started to think I could be right, that the corn was responsible and not its habitat. The levels were comparable to the nitrogen that soybean and alfalfa fix, but you never see it in cereals.”

Ané said the first clue was the aerial roots. “That was obviously something unusual. After it rained they were covered with a gel, with each root having a few millimeters of the gel. You do find aerial roots in the corn we grow in the Midwest, but not like this. They produce far less gel too,” he explained.

“The trait in the Sierra Mixe corn really has two players – the corn plant itself and the microbial community in its mucilage,” Bennett said. “We’ve isolated thousands of microbes from the gel which have certain uses. We’re sequencing their genomes and trying to find out which ones are the important ones for this corn.”

The nitrogen-fixing trait is controlled by the genetics of the plant, according to Ané, and he and his team want to introduce that trait to more traditional varieties of corn. The researchers planted test fields in Wisconsin and Central California this year to see how it would fare in the U.S. climates before they moved forward and began to try crossbreeding the Sierra Mixe with traditional corn grown in those areas.

“We’ve been getting high levels [of nitrogen-fixing], about 40 percent, in the test fields in Wisconsin with the breed, but the giant corn is not what we want to grow here,” Ané said. “The Sierra Mixe matures in about eight months, so we need a shorter growing season too. The goal is to transfer as much as we can of what we need.” He continued that the research team is in the process of continued breeding and answering questions – like how much nitrogen fertilizer can growers save if this new crossbreed works? They also need to ask if there is a nitrogen benefit to the soil, because after soybeans, for example, are planted, there is more nitrogen in the soil, and they want to see if the corn can do the same.

Bennett noted the California test field was grown under artificial conditions, to ensure the plants received a lot of water, as water on the aerial roots is what causes the gel to form. Ané said that for optimal production, rain is needed every two to three days.

“In the area of Mexico where this corn grows natively, there’s lots of rain and mist coming in from the ocean,” Bennett explained. “We had misters for our California fields and the corn exhibited the same traits.

“We need to understand this and then enhance it,” Bennett added. “This nitrogen-fixing mechanism might be more general. There may be many plants that can do this. We just need to go look for them.” He noted that another scientist in Florida has discovered sorghum can fix nitrogen as well.

The major applications for this ongoing work are for Midwest corn growers – and places where access to nitrogen-enriched fertilizer is limited, such as developing countries, according to Ané.

“We want people to try this, to try to use it for their crops when we get what we need,” he said.

Moving forward will be all about breeding the nitrogen-fixing trait into other types of corn, but to do that, Bennett said the project needs a good partner. “Corn breeding needs to be done on a massive scale,” he said. “It’s not great on just a university scale.”

What is promising is that the research paper was published in an open access journal, and as of the end of September it had been read over 20,000 times worldwide. That means interested scientists across the globe can apply this knowledge to their research – and possibly find a way to reduce farmers’ use of nitrogen within the near future.