Why some farmers get little water despite rain 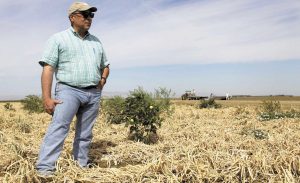 This article originally appeared on Water Deeply, and you can find the original here. For important news about the California drought, you can sign up to the Water Deeply email list.
Lee Newspapers2016-04-29T13:59:22-05:00April 29, 2016|Grower West|0 Comments